Check us out on

The Centralia Carillon currently ranks as one of the ten largest in the world, consisting of 65 bells that were cast in Annecy, France, in 1982 and 1983, by the Paccard Fonderie de Cloches. The Bourdon bell, Great Tom (see pictures), pitched G, has a  weight of 11,000 pounds and a diameter of 79.5 inches. The smallest bell, pitched C, weighs 20 pounds, with a diameter of 8 inches. The total bell weight is 61,312 pounds making it one of the heaviest instruments in the world. In 1992, a five and a half octave "North American Standard" practice keyboard was installed. This keyboard is now located at the Carillon Offices and is throughout available to the resident Carillonist and guest Carillonists.  In 1997, the Verdin Company installed a "North American Standard" keyboard with the disposition G-A- chromatic to C5 covering five and a half octaves. In 2001, the installation of a newly designed transmission system was completed by Meeks & Watson. 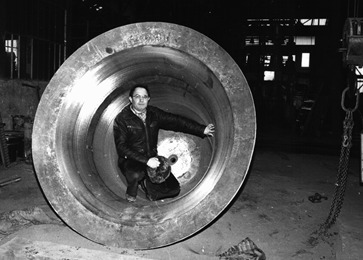 Although the very first steps of building a carillon in Centralia were taken in 1957, it became reality in 1982 because of the driving force of William V. Joy, a local bell  enthusiast and editor and  publisher of the Centralia Sentinel. At the time of his death in 1988, Mr. Joy had established a trust fund for the carillon to ensure the upkeep, the continuous employment of a carillonist, and the carillon’s presence in Centralia for the future. The carillon is  presently operated by the Centralia Foundation, a community benevolent trust organization, which was the creation of Verne E. Joy, former Editor  and Publisher of the Centralia Evening and Sunday Sentinel. In addition, the Centralia Bell Charitable Foundation guides appropriated funds for improvements and upkeep. Both Foundations, besides the above mentioned tasks, are actively working on expanding Carillon Park, in order to enlarge the listening area (the concert hall) of the carillon; one of Mr. Joy’s major concerns at the time of his death. 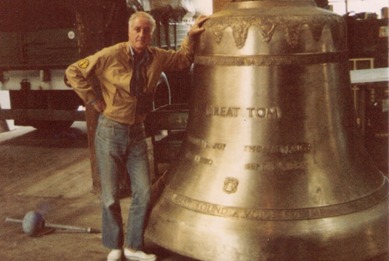 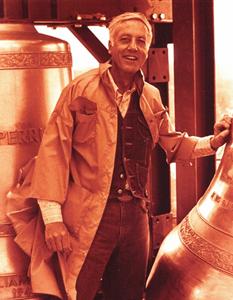 Where Music Comes from the Sky